My Somcan
Login to access member pricing and more.
Login

The new City Highball barware from Orrefors embodies modern, yet classic Orrefors design. Cuts on the surface create a bold and masculine, yet elegant and refined feeling. Urban elegance and beautiful clarity from Orrefors by designer Martti Rytkönen.

Fees based on the destination province, these fees are subject to change.

Please note that freight costs are a very broad estimate based many different criteria and may not match your final freight costs. If your require more accurate estimates please contatc your account manager. 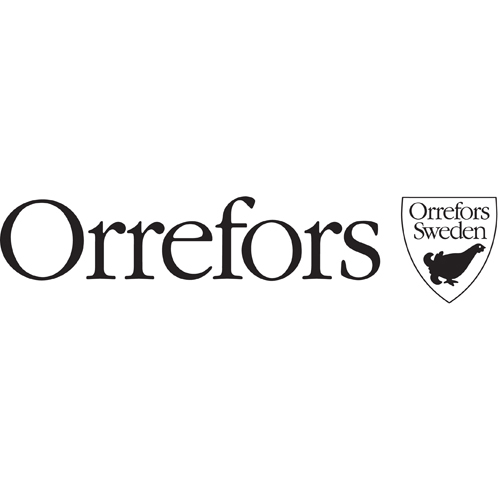 Designers, glassblowers, cutters, painters and engravers play their part in this skilled work every day, and each glass from Orrefors is a unique and sophisticated piece of craftsmanship. By the time the finished glass leaves the glassworks, no fewer than 15 different people have contributed to the production process.

Since 1898, art and crystal glass for everyday use has been produced under the brand of Orrefors. At our glassworks in Kosta, our skilled glassworkers are joined by several of Sweden’s most prestigious designers in developing the design, craftsmanship and new techniques. A smaller part of our production has been produced at other renowned glassworks, mainly in Europe, since 2004. A few products are produced in Asia. At all glassworks, we use the same designers and in many cases the production techniques developed by ourselves in Småland, Sweden.

The successes of Simon Gate and Edward Hald in Paris in 1925 constituted the start of the long Orrefors tradition of creative design closely combined with genuine and innovative craftsmanship.

Since then, new designers and skilled glassmakers have continued in the spirit of Gate and Hald. Vicke Lindstrand and Edvin Öhrström with the new glass technique called Ariel in the 1930s. Sven Palmqvist with Kraka and Ravenna in the 1940s. And in the 1950s with Fuga, which, along with Nils Landberg’s slender tulip-shaped glass “Tulpan” and Ingeborg Lundin’s apple-shaped vase “Äpplet”, are now seen as symbols of the renaissance of Swedish design. The 1960s are associated with Gunnar Cyrén’s Pop glass, and in the 1970s, Eva Englund, Olle Alberius, Lars Hellsten and Jan Johansson as well as Cyrén worked at the glassworks.

In 1913, Consul Johan Ekman from Gothenburg became the new owner of Orrefors Glassworks. He appointed Albert Ahlin as manager of the glassworks and this marked the start of a new era. In 1914, Orrefors started manufacturing crystal products, and as well as cut crystal according to purchased patterns and samples, Orrefors made art glass using the overlay technique with etched decoration. The new management quickly saw that artists were needed in the business, so Simon Gate was employed in 1916 and was joined by Edward Hald a year later.

That same year, Gate and Hald made their first tentative attempts at figure engraving. They also experimented with the new innovative graal (grail) glass technique that was developed at Orrefors by the master glassblower Knut Bergqvist. The major successes were achieved a few years later at the Gothenburg Exhibition in 1923, and in particular at the Paris Exhibition in 1925. The thin engraved glass was admired by the surrounding world, and both Orrefors and the artists themselves were awarded the Grand Prix.

Sorry, there is no extended information available for this brand. If you have any questions or concerns please contact your account manager or our customer service as [email protected]

There are no contacts available for this brand. Please check back soon or contact us at [email protected] if you have any questions.

Somcan has a broad selection of categories and brands to fit you and your clients every needs.

By BruMate In Drinkware

By BruMate In Drinkware